In 1912 BCER 961 was built by the American Locomotive and General Electric for the Oregon Electric as #21. It served as part of their fleet until 1946 when it was bought by the BCER brought to the lower mainland and renamed as 961.

Painted in a BCER maroon red the electric locomotive served the company until BCE was taken over by the BC Government in 1961. As part of the now BC Hydro properties the freight motor was painted yellow with a distinctive red arrow on its sides. Some Specs: weight 128 040 lbs; 38 feet in length and it has four 190 hp electric motors. 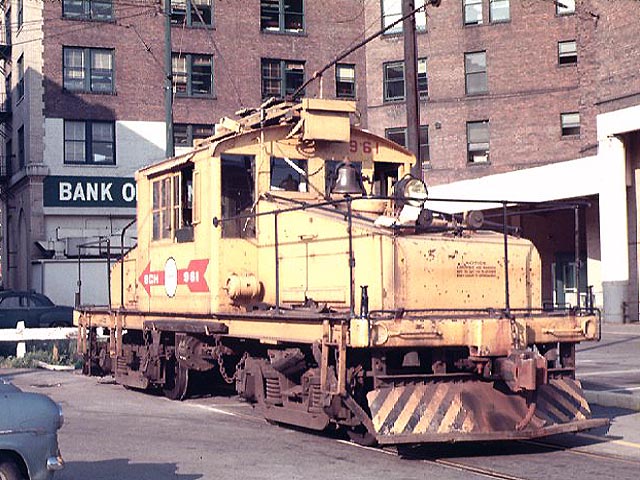 In 1980 the 961 was sold to Edmonton Transit and moved to Alberta to help in the expansion of that system’s transit operations. It was painted in Edmonton Transit colours, white and blue. and renamed as 2001. 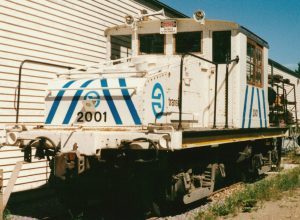 Once the transit expansion was finished the locomotive was turned over to the Edmonton Radial Railway Society (ERRS) and was basically stored under a tarp for many years at Fort Edmonton.

In 2012 ERRS contacted the FVHRS and asked if the FVHRS would like the locomotive to come back to BC. The board of directors decided it would be a nice addition to our collection and it did fit within the society’s broad collection policy at the time.

In May 2014 trucks appeared in our Cloverdale compound with the freight motor and with the help of a 200T crane it was placed on tracks next to the car barn. The locomotive was a static display.

Placed on the outside track, somewhat “behind” the speeders, 961 has been a static exhibit and helped to keep the rails from moving. During our third 5-year strategic planning sessions last year we quickly observed the the only discussion about 961 was that it was in the way. A decision was made to look for a group that would like to have her as a part of rail history and not for scrap or parts.

About this time the Oregon Electric Railway Historical Society in Brooks Oregon, heard about our plans and became very interested as they remembered her as OER #21. After some negotiations and a very quick fund raising campaign it was decided that 961 (OER #21) was going home. 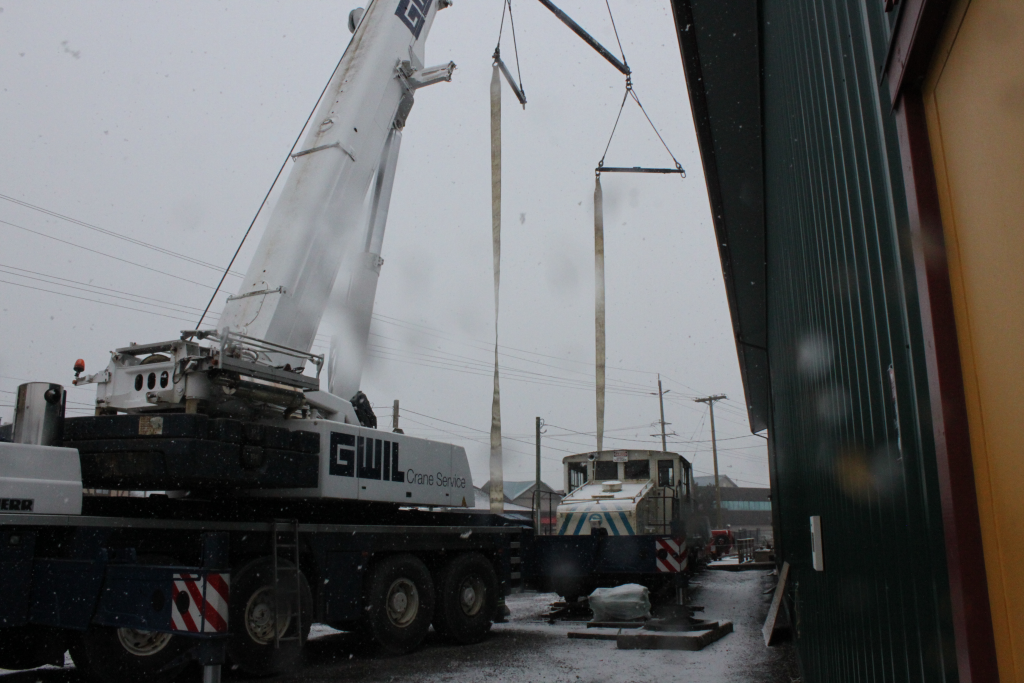 Gwill cranes and PCC carriers arrived to pick up 961. Seen here preparing to lift the body.

When the crane arrived at 7am, it was overcast, but dry. The cold forecast left many parts of Metro Vancouver in sunshine this day, but we got dumped on with snow. Was this an Edmontonian message? A northern Good Bye to 961/2001? 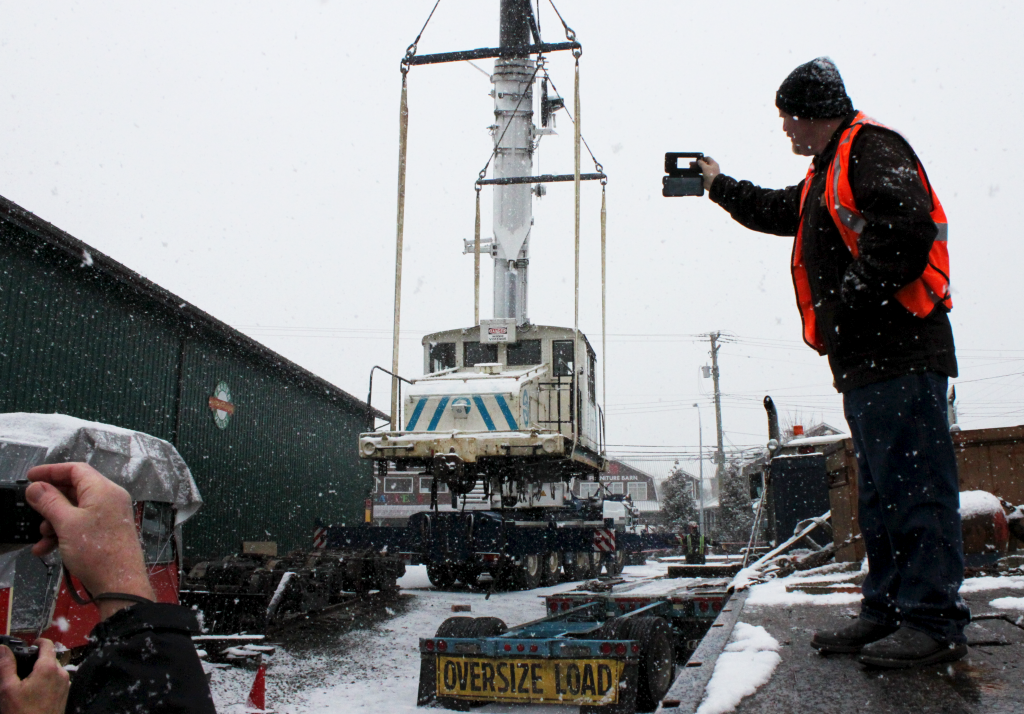 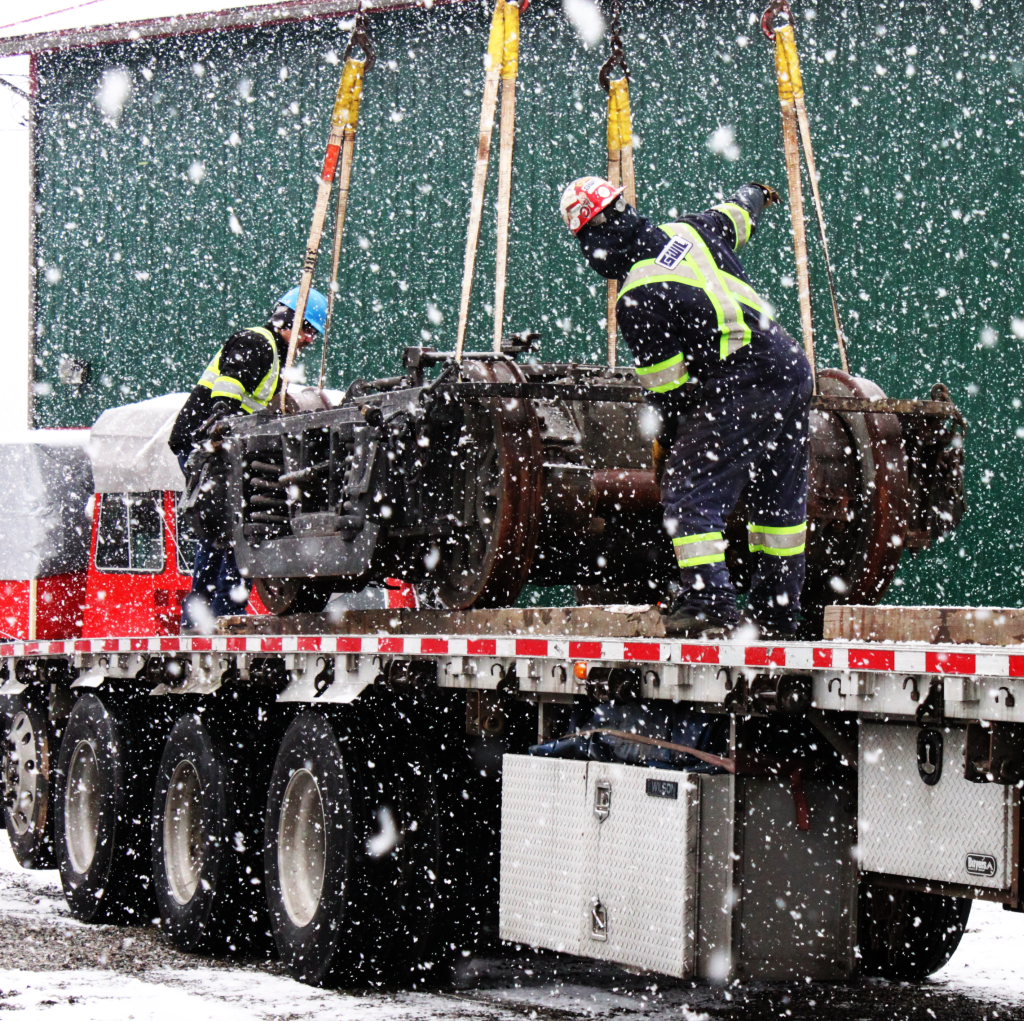 It’s not just the body that goes back, the trucks, pilots and compressor also need to travel down south. A second flat-bed truck and trailer will carry all these to Oregon. This truck alone weighed in at 27,000 pounds. 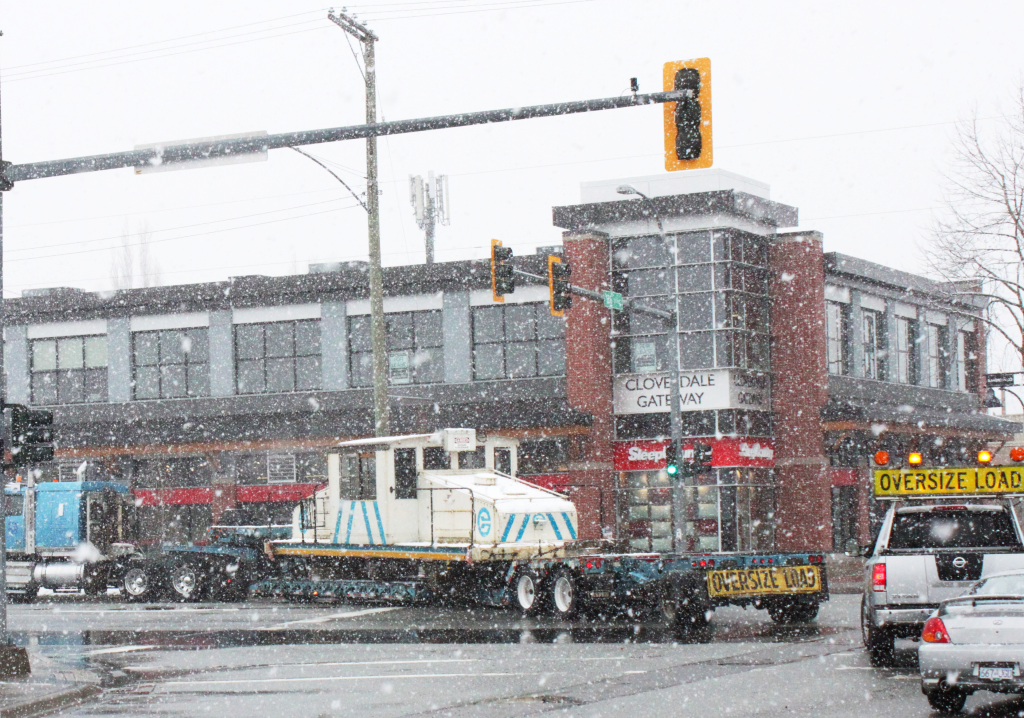 Some time later it was evident the snow will continue. The top part of 961 left Cloverdale with pilot car on duty. The large yellow sign (Oversize load) also precludes any other objects being stowed on the truck deck according to at least one of the transportation regulators on the journey.

Good bye to BCER 961 / ET 2001 and best wished for a renewed life as OER #21 with the Oregon Electric Railway Historical Society.

To see more about OERHS and their plans to restore #21 please see their website.