Thanks for a great 2016 season 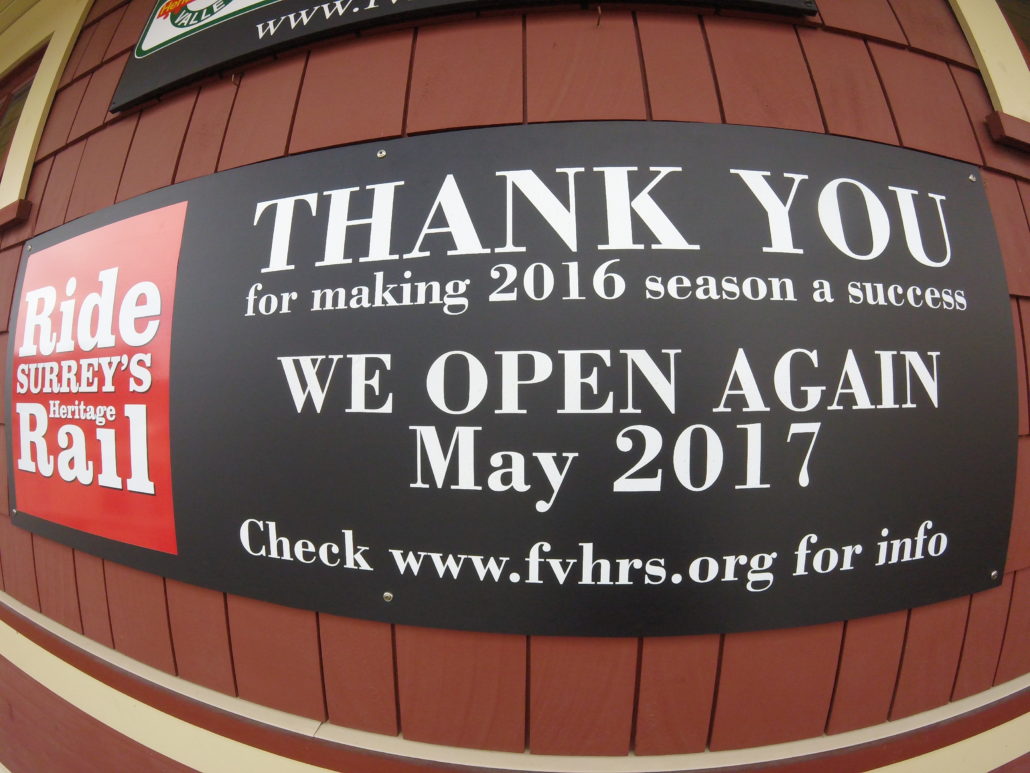 Thank you to all the visitors, riders and Velocipede operators who came for a ride and a tour on Surrey’s Heritage Rail Experience. Our 2016 season was a big success, but it is now over for our regular excursions.

The fun continues with our special events: The Halloween Ghost Train October 22nd & 23rd, followed by the Christmas Train December 10th & 11th. Tickets are SOLD OUT for the Christmas train – and Thank You to all who purchased these at the station. A few tickets are still available for the Halloween train – you can order by calling the station at 604-574-9056.

We will return for our 5th season in early May 2017. Check back for the starting date and time. 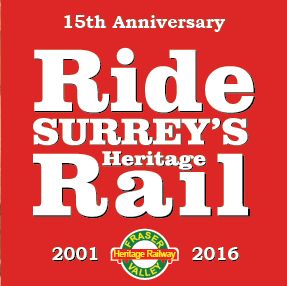 Our first milestone this year was the year itself, the Fraser Valley Heritage Railway Society (FVHRS) is completing its 15th year of operating. The early years included a lot of planning, working with our partners, the City of Surrey, SRY Raillink and BC Hydro, and acquiring the heritage interurban rail cars that were outside of Canada. With the purchase of BCER 1225 we stared the large job of restoration, or rehabilitation to use the proper museum-speak term.

Later, with the addition of BCER 1304, we had the beginnings of ‘the fleet’ and the need to manage restoration, preservation, maintenance and operations all at the same time. As part of the operational planning we needed to be connected to the old BCER mainline, now the SRY mainline in Surrey. After nearly loosing a back-hoe to the bog, we determined that it would be very expensive to build a bridge along the side of the Sullivan Park to join up to the line. The city then mentioned that Cloverdale was intended to be the heritage centre and we should be there. So now we needed to build a new car barn and move.

Many of you might remember the move day in August 2012, which was also the hottest day of 2012 locally. Moving the fleet, including the speeders and passenger carts was very uplifting event. The move also meant the final efforts to become operational – we get to actually have the  interurbans rolling again under their own power. June 23rd 2013 was the big day to officially open the operations or what has become Surrey’s Heritage Rail Experience.

As we finish our 4th year of operations we all realise that we’ve come a long way in four years, and we are still ‘On Track’ with a long way to go. Please join us on the next part of the journey. 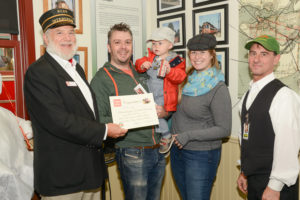 Our second milestone for the year was welcoming two-year-old Lacklan Down as our 20,000th passenger on-board BCER 1225. Lacklan brought his parents, Lindsey and Simon along for the ride as well on Sunday October 2nd. Station Master Shane Suter and Chair John Sprung presented Lacklan with a special certificate and some other goodies.

As Simon and Lacklan talked with Director Terry Nichols about how to run the tram we noticed that Lacklan was holding his paper construction 1225 as he boarded the tram for the last Sunday morning run of our 2016 season.

We hope you will join us next year as we head to the next milestone event, it might even be you in the next picture!  All aboard for 2017! 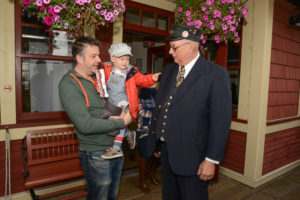